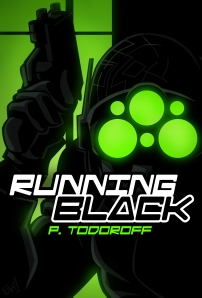 I’d love to tell you I had a plan, but it really started as a scene in my head that wouldn’t go away, so I wrote it down. And then wrote another scene, and another, and another, and soon enough I realized a story was spooling out in my head. I completed the first draft almost a year later on Christmas morning, and then the real work began.

I was so stunned that I’d actually completed a novel, I didn’t realize a good book isn’t so much written as it is rewritten. (Thank you, Marc Giller) Queries to agents generated requests for partials and fulls, but at the end of the day, I’d let it out several drafts too early and garnered a (well deserved) collection of nice rejection letters. Now, several revisions later, it was time to kick it out the door and start writing a second novel in earnest.

Two impulses drove the story: one was the conviction that only a spiritual ethic that upholds life as sacred will restrain humanity from becoming inhumane. Lose the preciousness of life and you open the door to contempt and cruelty; commodify people and you’ll end up committing atrocities. Second was the struggle write a standard sci-fi action novel and present genuine Christian themes in an organic way.

I don’t know if I succeeded. The content is certainly ‘mixed” and definitely not for the usual Christian audience. Some will condemn the novel for it’s violence and profanity, others dismiss it as proselytizing  garbage. I made an effort to portray the characters in a realistic manner. They are what they are and it is what it is. I hope my intent and themes come through regardless. More on “Mixed” content later.

All for now. Thanks for reading.

One Reply to “Running Black. A first novel”