THE FICTION OF AUTONOMY

The view port behind him framed a portion of Kepler 22B; brilliant cerulean ocean marred by a dimpled whorl of alabaster clouds. He had seen a thousand such storms. From orbit, their rage was nothing more than a curious blemish edging across a luminous abstract.

His attention was on a blank three-panel video screen.

The center display lit up. A scowl, dark, close-set eyes under a broad forehead topped with a bristle of white-blonde hair, Branko Vudijic had a face chiseled from a hunk of concrete.

Moller had known Vudijic would respond first. After all, the Kalashnikov Combine had drafted the Canton Contingency, diplomacy by blunt trauma the cornerstone of their corporate dynamic. It was simple and unequivocal: they were a Founder. That justified everything.

Four corporations settled Kepler 22 a century earlier, not nation-blocs. Corporate money subsidized the first exploration and terra-forming efforts. Their engineers developed the sleeper-ships that transported the first inhabitants across the deep void, built the stations, the giant orbital platforms, the dome habitats. They built the Bradbury spaceport, and the city – Drop City – a metropolis that spanned the equatorial islands on the planet below.

Every day since, corporate legations fended off the grasping aggression of NorthAm, EuroUnion, and AsianPac back on Earth, furiously defending Kepler 22’s neutrality and tax-free status. The ultimate off-shore account, an entire solar system free of ethical restraint, ruled by articles and by-laws, governed by profit.

Kalashnikov were deed-holders, progenitors of this apogee of free enterprise six-hundred light years from old Earth. In their mental architecture, Drop City citizens were the scaffolding to a monument of unified corporate vision. Employees at best, not peers. And the troublesome Trade and Transit Authority was nothing more than a messy prop in the fiction of autonomy that appeased a massive labor force.

In their opinion, menials must be mindful of their obligations. Or strongly reminded.

Licia Magro’s porcelain doll features blinked on next. Pale, smooth, exquisite, and austere, the ‘Ice Queen’ was in her nineties, kept taut and sharp by an implacable will and aggressive rejuv-therapy.

Vudijic grinned like a shark when he saw her, and Moller watched her lapis eyes narrow even as she locked a smile in place. No doubt she had been hoping to connect first, if only to gain a sense of perceived authority over her counterparts. Moller delighted at her discomfiture. Subtle and cruel, if Kalashnikov was massive ordinance, Genzyme’s Head of Security was a neuro-toxin. An object handled with extreme care. She sniffed acknowledgment to Moller, then blinked impassively at the Russian.

ImClone’s Trevor Heath was last. Moller found it ironic the TTA considered him the most ‘human’ of the corporate security group: rugged, with tousled brown curls and bright green eyes, he was the fifth iteration of the Heath gene-template. A facsimile. The original had been a lieutenant in the First Wave security detachment, killed suppressing a coup attempt when Drop City was landing slab ringed by geodesic domes. The content under Heath’s skin had long since been rewritten.

Of the Founders, the genetics firm’s policies toward planetary affairs were the most reticent. Short of open and armed insurrection, Heath’s superiors preferred minimal interference. Direct intervention required a unanimous decision, and in this instance, Moller knew he’d have to convince the clone the situation on Drop City was a hair away from rioting in the streets and high-orbit missiles.

He greeted each of them in turn. “Thank you for responding so quickly.”

“We had a choice?” Licia Magro asked.

“He hasn’t said anything yet,” she snipped, then turned her sapphire eyes to Moller.”And that’s the problem, isn’t it? You didn’t keep us in the loop.”

Those sparkling eyes bore into his. “Explosives, assassinations, forensic tech-teams… excision by hammer?”

Licia Magro flicked her gaze at the ImClone security chief. “Really, Trevor. You must grow some good people for your intel-teams. Or watch the news.”

“Most of them have been spun as industrial accidents or terrorist attacks,” Moller explained.

Heath waved up data off-screen, then scowled as much at Moller as Licia. “Seven months ago, we agreed direct action would be kept at an absolute minimum. This is far too conspicuous.”

“I acted on new information,” Moller said. “This faction is virulent. They have allies. Resources.”

“I sent profiles. All TTA reps and industrial leaders with secessionist tendencies. They call themselves the ‘Du-li ‘ coalition. It’s Chinese for ‘freedom.”

Heath rolled his eyes. “Another independence cabal that shakes their fists at the sky. Petulance, trivial boycotts and conspiracy theories… the refuge of the powerless, Hans. Hardly count as news – let alone sufficient cause.”

“You want to bomb someone is more like it,” Heath retorted.

Moller looked at each of them in turn, raised his voice a fraction. “We’re beyond political posturing here. They have money, means, and resolve. They pose a legitimate threat to our control of the Kepler22 system.”

Mollor paused a millisecond before he answered.”They have a Clar1ty analog.”

Bradko Vudijic sat back with a grunt as if that were a declaration of war, but the other two were unimpressed.

The ImClone Security Head nodded in agreement. “Remember that Finance Minister seven years ago, Reiniger. He popped on the Parliament floor, in the middle of his ‘throw off the shackles’ speech. Sprayed blood like a fountain.”

Licia laughed at the memory, a sound like tiny silver bells. “Almost enough to make one believe in God.”

“You’re shitting kittens over Speed, Hans.” Heath said. “Your product – your problem. Don’t drag us in to clean up your mess.” He glanced at Vudijic. “Or pummel it into submission.”

“I wouldn’t call for a secure quorum over cheap stimulants,” Moller persisted. “I’m trying to impress on you the gravity of the situation.”

“Isn’t that the point,” Licia asked lightly. “We’re above gravity?”

Hans Moller composed himself, quelled his exasperation. “This Du-li cabal has managed to synthesize a complex neurostimulant. They’re calling it Edge and my source says the first batch is ready for distribution.”

“Edge,” Heath said. A flat word for a flat stare. “You assured us manufacture was impossible. You said dirtsiders couldn’t duplicate the proprietary bonding. That the pharm was -”

“Who is this source?” Licia asked lightly.

“A highly placed one,” Moller answered. “Tier One Administrative.”

“Not milking your paranoia?” Trevor Heath was still dubious.

Moller waved up more prepared files from his desk Cloud and sent it to each of them. “There.” You have everything I do.”

“I doubt it,” Licia muttered.

A five-second delay as the three scanned the data. “What am I looking at?” Heath asked.

“Two files outlining a coordinated bid for secession,” Moller said. “Pages one through four outline phase one. Notice the pattern and timing of the ‘spontaneous’ protests and the boycotts. It mirrors a new round of off-world tariff legislation. Cleverly phrased, but anti-corporate to the bone. Add to that the latest secession rhetoric on the Senate floor. Shelton, Specht, Ryan, Allen, the lot of them are playing the ‘Freedom from the Orbital Oppressors” card loud and proud.”

Heath dismissed the idea. “Political fodder,” he said. “They’re frothing their constituents. We’re their bread and butter, their favorite scapegoat. They call us the ‘Four Horsemen’, for God’s sake.”

Moller shook his head. “I included intercepts of their private comms: they’re on the warpath. Look on page five and you’ll see there’s been a systematic info-campaign fed to the News Nets and social media over the last six months as a preface to Phase Two.”

“Poisoning their leadership? How Machiavellian,” Licia purred. “Didn’t think they had it in them.”

“Not the Executive supply,” Hans replied. “Only intercepted blackmarket stock. Half the Senators and most of Drop City’s CEO’s are users. It’s their profit margin. But enough junkies and celebrities bleed out of their ears on the evening feeds, the product credibility drops…”

“And the Du-li step up with their replacement pharm,” Moller finished.

“We lose our leash,” Vudijic muttered “That would be very bad.”

“Exactly,” Moller said. “And my source was emphatic: this “Edge” is ready for distribution.”

“How can you be sure they’re making their play now?” Heath asked.

“There has been a surge in neuropharm-related deaths in the last thirty-six hours. Eighteen so far. Headlined culprit is… bad Clar1ty.”

“Never attribute to malice what can be adequately explained by stupidity,” the ImClone security head quoted. “I don’t doubt their loathing, just their capacity.”

“Underestimating the dirtsiders is the worst mistake we can make,” Moller countered. “I’m telling you the Du-li is starting Phase Two.”

Licia steepled her fingers under her chin. “If what you’re saying is true, they had help cracking the bonding codes,” she mused. “One of your own skipped down the gravity well?” 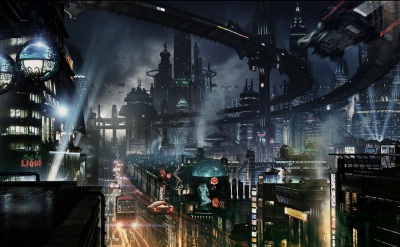 Hans shook his head. “I triple-checked everyone associated with the production labs. There’s been no breech on my end.”

Moller didn’t bother to reply. Surveillance for all Pfizer-Teva Orbital staff was stringent; it was nearly suffocating for those in sensitive departments.

Trevor Heath leaned forward. “So you really believe this Du-li faction to be a critical threat, and still your operations were unsuccessful?”
“Partially successful.”

Moller bit his tongue. “I moved to re-acquire the black market stock and shut down Edge production. The Du-li efforts are extensive and tenacious. My operations were able to delay but not deny. We’re all here because full closure will require multilateral action.”

Heath nodded, apparently satisfied by the explanation. “You’re positive the threat is legitimate?”

Moller made the effort not to sound caustic. “I wouldn’t have contacted you otherwise.”

Heath glanced at Licia then to Vudijic, and Moller sensed the conversation’s demeanor shift. It was subtle, almost imperceptible, but rivalry had yielded to business. They understood, if not fully appreciated, the communal threat.

Bradko Vudijic leaned forward, filled the screen. “I thought the Canton Contingency was under consideration? I say we humble these Du-li pests.”

“Too much residual ill-will?” Heath suggested.

Moller cleared his throat. “If I may? Two objectives: we must decapitate the Du-li leadership and debilitate their pharmacological production.”

“And bombing does not accomplish this?” Vudijic demanded.

Heath ignored the Russian. “Your suggestion then, Hans?”

“Employ proxy operatives to disorient the TTA and Central Enforcement with high-profile harassment while our tactical teams carry out surgical strikes on the Du-li.”

“Proxy operatives on Drop City…” Vudijic’s eyes narrowed. “Who do you have in mind?”

“The Prophet Jones and his Anachronists are useful,” Moller answered.

“Typical,” Moller agreed. “But suitable abettors. They have fervor, motive. We nudge them in the right direction: a few access codes, some data, specialty weaponry, and they will generate sufficient turbulence to cover our efforts.”

“Did you calculate blowback probability?” Heath asked. “Fanatics can be volatile accomplices.”

Hans Moller grinned. “In every sense. Some backlash is inevitable, but in this case, the cost-benefit seems necessary.”

Licia Magro took charge. “I vote to proceed with Han’s enhanced operations then,” she said primly. “Pfizer-Teva assumes responsibility to interface with Jones and his primitives. We release tactical assets.”

Lica looked at each of the men. “All in favor?”

Bradko Vudijic grumbled his disappointment, but four hands went up.

“Motion carried. Confirmed and logged,” Licia said. “I trust your department is waving tactical briefs this instant, Hans. We’ll authorize them so you can start putting the vermin back in the cage.”

“Yes, you are,” Licia said tightly. “Just get it done quickly.”

2 Replies to “The Fiction of Autonomy (a Clar1ty Wars story)”