Stumbled across this idea skimming the aether last week. Don’t recall the specifics, but it was some ministry’s call to arms, and it’s been a thorn in my mind since. So wait a sec… ‘art’ needs to be redeemed?

Seems to me it’s one of those high-sounding but utterly inaccurate statements. As a Christian, I believe people need redemption, sure. But if by ‘redeem’ you mean demand artistic endeavor conform to a specific morality or ideology, then all you’ve done is reduce it to propaganda.

As I understand it, ‘art’ is a synergy of techniques mastered and the artist’s exploration/expression. It’s a reflection of person’s soul. Directly or otherwise, who they are comes out in their work. Censorship is a dubious panacea, a definite placebo when it comes to genuine transformation and rehabilitation. Redeem the person and renewed paradigms will manifest in their creations.

I remember the brouhaha over JKR’s Harry Potter books: dire warnings of occult, ghosts and magic, the likelihood of demonic possession if read, the oft-repeated/quoted “interview” wherein she declared her desire to indoctrinate children into Satanism, (which, in a phenomenal lapse of discernment, was lifted from The Onion)

I was ostracized by church leadership for defending her and the books, for questioning the source of information, for drawing parallels to Lewis’ Narnia and Tolkien’s Middle Earth… ‘If you need to criticize YA books, (why?) then advise people on Phillip Pullman’s His Dark Materials trilogy’, I said. He has stated his contempt and agenda in real interviews as well as his novels. His convictions are explicit in his work.

Speaking of often-quoted, (at least by me) Flannery O’Connor said “Your beliefs will be the light by which you see, but they will not be what you see and they will not be a substitute for seeing.” ― from Mystery and Manners: Occasional Prose
This is one reason I don’t have a problem with Christian crossover artists, or what the market now terms ‘Inspirational’ art. If they’re diluting their convictions for cash and fame, that’s lame. But if an artist’s faith informs and infuses their work, more power to them. A sermon is not a symphony is not a painting is not a novel. Individuals need to be true to the medium they work in and artists shouldn’t have to shoehorn homilies in their pieces to avoid charges of heresy or compromise. So back off and look to your own soul. They are obeying their calling, employing their gifts, and reflecting a facet of the manifold grace given them.

After all, isn’t that the idea? 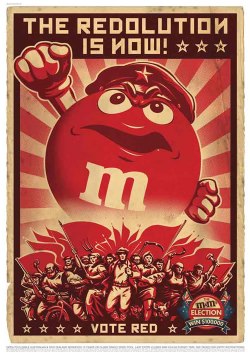 * In all fairness, I don’t think the top poster is real. At least I hope it isn’t.