Amazon’s Pilot Season has begun and for me, the winner is the SF show, OASIS. 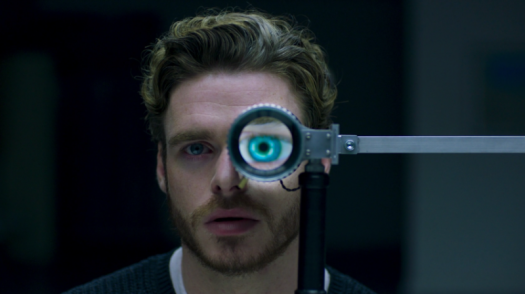 Without giving too much away, Richard Madden (from Game of Thrones) plays Peter, a young minister in the dystopia of 2032, who travels to Mankind’s last best hope, a distant space colony called Oasis where the best and brightest (and wealthiest) of Humanity is establishing a shiny new future for our species – a future without the ‘treacherous illusion of faith”. At least that’s what it was supposed to be until colony founder David Morgan suddenly and mysteriously invites Peter to take the ride through the Big Black Empty.

I think it best anyone interested experience the show for themselves, so I’ll avoid spoilers. But in my opinion, Oasis is the stand out show of the five potentials. It is the pilot, so there are some intentional plot holes and unresolved issues. Of course. It also comes off as smartly written, well acted, with great visuals and camera work. More importantly for me, it hits that spot where future science and technology intersect with human nature and religion, and portrays my particular faith (Christianity) in a solid, three-dimensional character. Peter comes off as human and humble, as well as definite and devoted, without being insipid or obnoxiously dogmatic.

Amazon’s ‘after-the-show’ survey wanted to know if I thought Oasis was the best thing I’d ever seen and could be my favorite show ever. Well… that’s impossible to say on the basis of a single episode. It all depends on where the writers go with the characters and what answers they forward through the show’s plot, but I will confess Oasis certainly got my attention. So much so, I spent some time in my shop today and as I closed up, I caught myself thinking, “Nice. I can go watch the next episode” only to remember a split second later that was all there was. So that’s a good sign, I think.

So if you’re fiending for a SF fix with some intrigue, substance, and perhaps a little soul, I highly recommend Oasis. Here’s hoping there’s enough of us to recommend it and get the show in production.

Have a  good weekend.