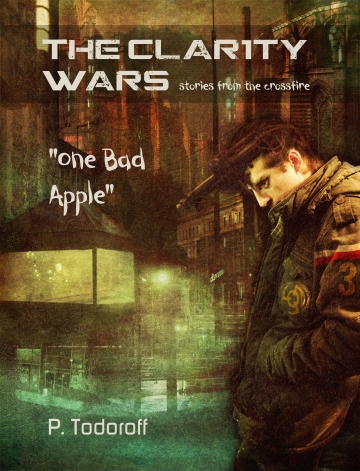 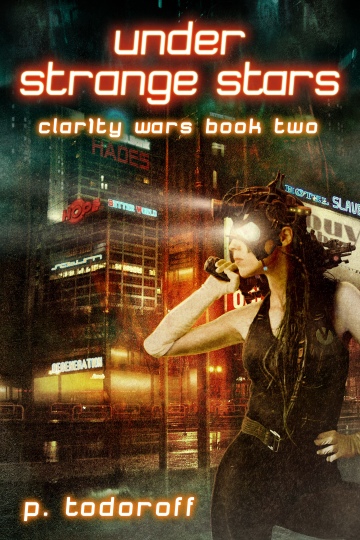 The CLAR1TY WARS books are a kind of forensic fiction – collections of related short stories centering on individuals caught in the crossfire of a vicious shadow war between the ruling mega-corporations and a planetary government seeking independence.

As an ongoing series, each chapter reveals new clues about the full extent of the conspiracy to control an entire solar system with the galaxy’s most effective and addictive cerebral enhancer.

Book One: One Bad Apple

WAR IS COMING TO THE STREETS OF DROP CITY

For nearly a century the Orbital Corporation Pfizer-Teva has supplied the leading citizens of Drop City with Clar1ty: a potent, effective, and highly addictive cerebral enhancer. Hailed as a miracle of modern bio-tech, its use has catapulted the planet to untold heights of wealth and power.

There is a dark side to its wonders. Behind the scenes, Pfizer-Teva leverages the supply to influence government policy, manipulate financial markets, and ruthlessly eliminate dissent. The drug insures the entire Kepler22 system remains under corporate domination.

There are those who believe its hold must be broken. At all cost.

This morning, seven Clar1ty addicts were found bled out in an abandoned warehouse, the beautiful fence who handled a black market shipment woke up framed for murder, and somebody tried to assassinate fifteen government officials.

War is coming, and these are snapshots from the crossfire.