‘Strange Treasure: Another Tale from the Exclusion Zone’ is done, now it’s time to circle back to the Clar1ty Wars.

It seems Cyberpunk is making a comeback, what with CD Projekt Red’s upcoming game causing a huge nerd buzz in the PC and console gaming worlds. On the table top, the venerable RPGs, Shadowrun and Cyberpunk 2020 are getting new editions. And then there’s my fast play, miniature wargame rules HARDWIRED and Osprey’s upcoming mega game, Reality’s Edge

Coincidentally, it wasn’t until very recently I started to receive a lot of feedback and questions about the books. Juggling a full-time business and all-time Real Life means fiction writing gets dropped from the To Do List . Obligations, everyday emergencies, and plain old end-of-the-day exhaustion pile up so fast – which is why I’m only now getting back to the next installment. My apologies and gratitude to those who wondered if it fell off the edge of the map – I’ll do my utmost to make it worth the wait.

I’ve resurrected the old notes, files, and assorted scraps of inspiration, and begun hammering the next set of stories. Things are getting ugly in Kepler22, and Seeb, Detectives Lynch, and Junior-Inspector Sarin are about to get stuck in the crossfire.

In case you’re interested, here are links to books one and two:

One Bad Apple and Under Strange Stars

That’s all for now. Thanks for all your support and have an excellent day.

If you’re new to audio books, click on the titles below for more information and to sign up for a free trial at Audible.  Or simply log in to your Amazon or iTunes account and give them a look. Four quick listens. Well written, -if I do say so myself  – excellently narrated, and all at a good price.

The Celtic-flavored ghost story ‘The Barrow Lover’ about two small time treasure hunters who dig up more than they bargained for.  Narrator Daniel Purcell went above and beyond telling Declan and Paddy’s story. 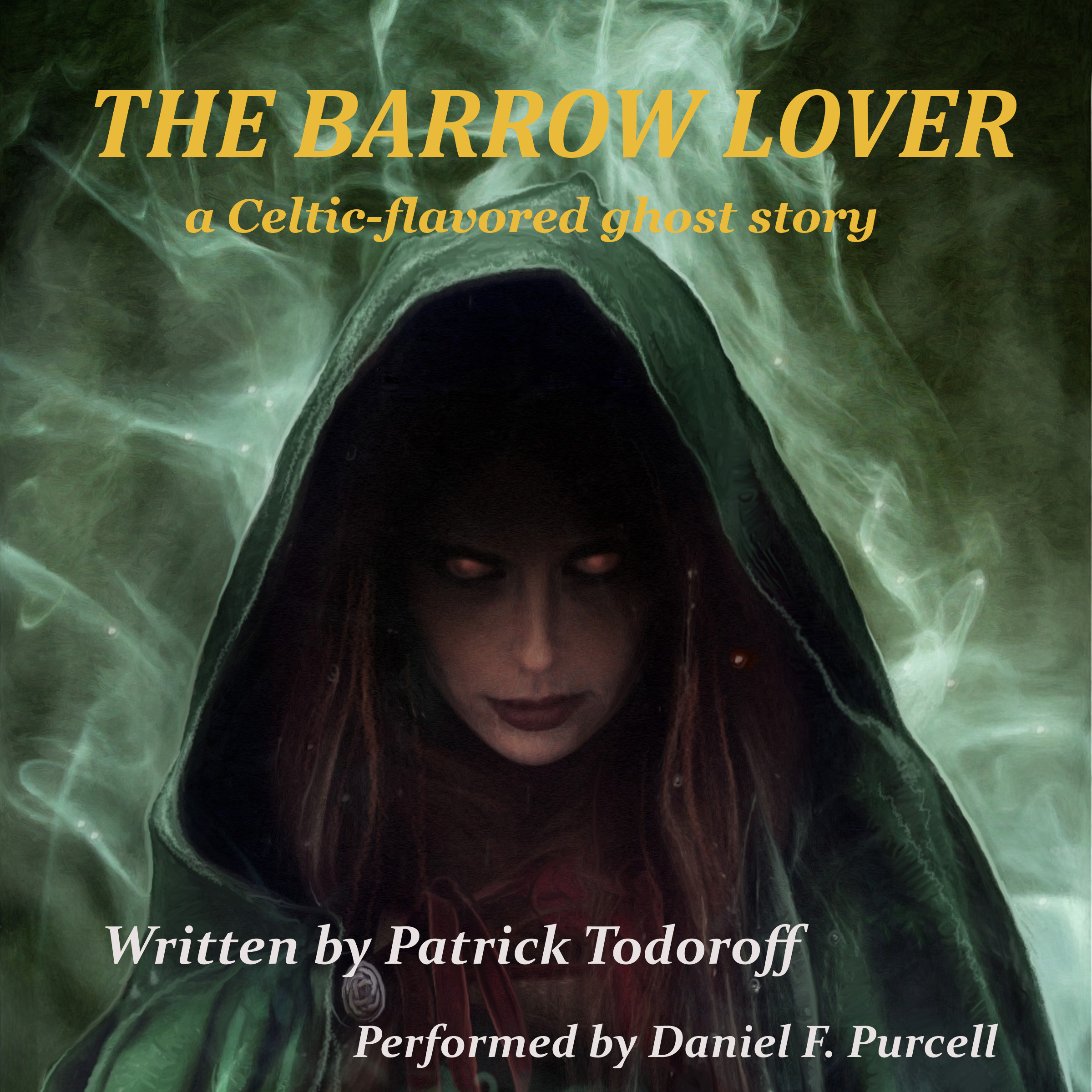 ‘Hard Kill’, the ’15-minutes in the future’ action piece about a spec-ops team racing to stop an attack in the American Heartland. Solid narration by Madison Neiderhauser.

And ‘A Prayer to Saint Strelok’ – inspired by the Russian Sci Fi film ‘STALKER’ by Tarkovsky and the Ukrainian horror-survival video games of the same name.  Charles Cromer captures the mystery and terror of the Exclusion Zone.

As always, I’d love to hear your thoughts on the stories and the narration. Or if you’re busy, leave a star rating. Every one helps.

Thank you again for your support and encouragement.

Take care and have an excellent day.

In the 22nd century, the ethnic Uyghur in Western China still dream of independence. Decades of discrimination, surveillance, and repressive policies by the Chinese government have only strengthened their resolve. Frustrated with the separatists , the Beijing enacts a final solution: the forcible deportation of all dissidents to Mèng Tiān, a desolate mining colony in the Kepler system, five hundred light years from Earth.

When the relocation program backfires and a full-scale insurgency erupts, the elite operators of Zombie Six arrive as part of the U.N.E. Peacekeeper force. Ordered to kill or capture the Uyghur leadership, the team finds itself in a deadly crossfire of corruption, deceit, and drone-borne IEDs. To survive, Zombie Six must first remember Truth is still the first casualty of war.

“Enemy of my Enemy” is a stand-alone novella from the author of the Eshu International novels, the ongoing Clar1ty Wars cyberpunk series, and other spec-fiction works.

Enemy of my Enemy –  A Zombie Six Mission is now available at Amazon, both in print and for Kindle.  I wanted to take a moment to let folks know and thank everyone for their support, both online and in the real world. That anyone takes the time to read my stuff still amazes me. So… a few words about how ‘Enemy of my Enemy’ came about:

There’s always that initial something that pushes a story into motion. A spark that gets the creative gears turning or a seed that takes root and grows. Enemy of my Enemy was born out of a hard kernel of news concerning the Chinese Government’s treatment of the ethnic Uyghur in their western provinces. It didn’t show up on my radar all at once, mind you. It was more jigsaw puzzle pieces, assembling over  a year or so to form a genuinely disturbing image of relentless, hi-tech coercion, forcible assimilation, and repressive policies.

My eldest son was the first to bring the situation to my attention, and to be honest, I filed it under a Communist administration’s usual rigid treatment of dissidents.  Remember, these are the same folks who brought us the crackdown of the Tiananmen Square protests back in 1989.

It wasn’t until I read This article. This one. And this one. that I began to grasp just how pervasive, insidious, and invasive the PRC efforts were.  The more I thought about it, the less I was able to sleep.

Yes, I added elite spec-ops, gun drones, firefights, and a high body count on top of it all to make a typical Mil SF action story, but the foundation is a picture of real-world authoritarianism made frighteningly more wicked and effective by advanced technology. This part, tragically, is not made up.

‘Enemy of my Enemy’ is a spec-fiction action piece set in the next century, but perhaps, in some small way, the mention of this real life, present situation can do a little to raise awareness – not only of the Uyghur’s treatment, but of the rise of ubiquitous, invasive monitoring and surveillance, and the corresponding erosion of human rights and dignity.

Because if history is anything to go by, this trend and this technology will only grow and spread. We need to be vigilant and proactive against it in every form.

If you want to do more, take a look at Human Rights Watch. They deal with these kinds of issues and have an excellent rating at Charity Navigator. In fact, I plan on donating a portion of the first 6 months of ‘EomE’ sales to them.

So buy the book. Tell a friend. Or donate direct.

Art hard and have a great day.

There is more fiction in the pipeline but my latest short story is now available at Amazon. For those familiar with the STALKER or METRO 2033 video games, this should feel familiar – like the worn stock on your trusty AK-47, or the snug, sweat-soaked bands on your respirator.

Release date is 16 December. You can pre-order now if you like.

A Prayer to Saint Strelok

Global Jihad is on the rise and the veteran spec-ops team Echo One races to stop a terror attack in the American heartland.

So some light weekend reading, eh?     FREE At Amazon

Enjoy and have a great day.

Amazon’s Pilot Season has begun and for me, the winner is the SF show, OASIS. 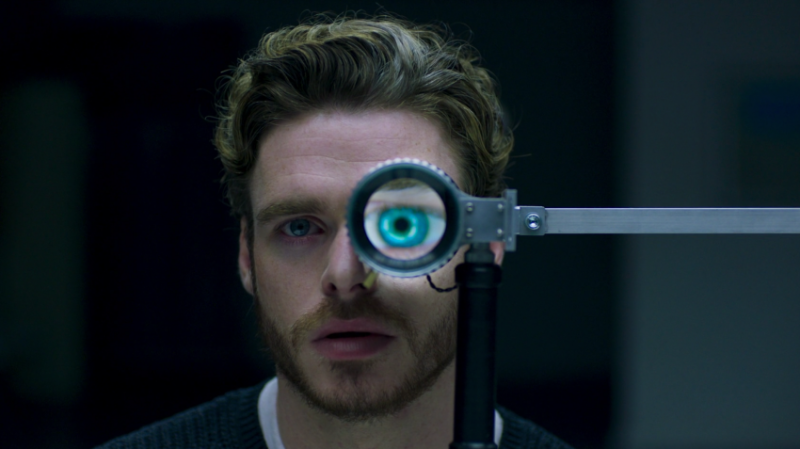 Without giving too much away, Richard Madden (from Game of Thrones) plays Peter, a young minister in the dystopia of 2032, who travels to Mankind’s last best hope, a distant space colony called Oasis where the best and brightest (and wealthiest) of Humanity is establishing a shiny new future for our species – a future without the ‘treacherous illusion of faith”. At least that’s what it was supposed to be until colony founder David Morgan suddenly and mysteriously invites Peter to take the ride through the Big Black Empty.

I think it best anyone interested experience the show for themselves, so I’ll avoid spoilers. But in my opinion, Oasis is the stand out show of the five potentials. It is the pilot, so there are some intentional plot holes and unresolved issues. Of course. It also comes off as smartly written, well acted, with great visuals and camera work. More importantly for me, it hits that spot where future science and technology intersect with human nature and religion, and portrays my particular faith (Christianity) in a solid, three-dimensional character. Peter comes off as human and humble, as well as definite and devoted, without being insipid or obnoxiously dogmatic.

Amazon’s ‘after-the-show’ survey wanted to know if I thought Oasis was the best thing I’d ever seen and could be my favorite show ever. Well… that’s impossible to say on the basis of a single episode. It all depends on where the writers go with the characters and what answers they forward through the show’s plot, but I will confess Oasis certainly got my attention. So much so, I spent some time in my shop today and as I closed up, I caught myself thinking, “Nice. I can go watch the next episode” only to remember a split second later that was all there was. So that’s a good sign, I think.

So if you’re fiending for a SF fix with some intrigue, substance, and perhaps a little soul, I highly recommend Oasis. Here’s hoping there’s enough of us to recommend it and get the show in production.

Have a  good weekend.

Work has slowed down to where I can revise the first major section of my next novel, Shattered Worlds.

So no computer games for me this month, eh?

To thank you for your support and encouragement, all three of my Near-Future shorts are available for free at Amazon for five days beginning tomorrow Sept 9. Download them, tell a friend, pass the info on. They’re short, easy reads. I hope you find your time well spent. Click on the covers below.

Have an excellent day. 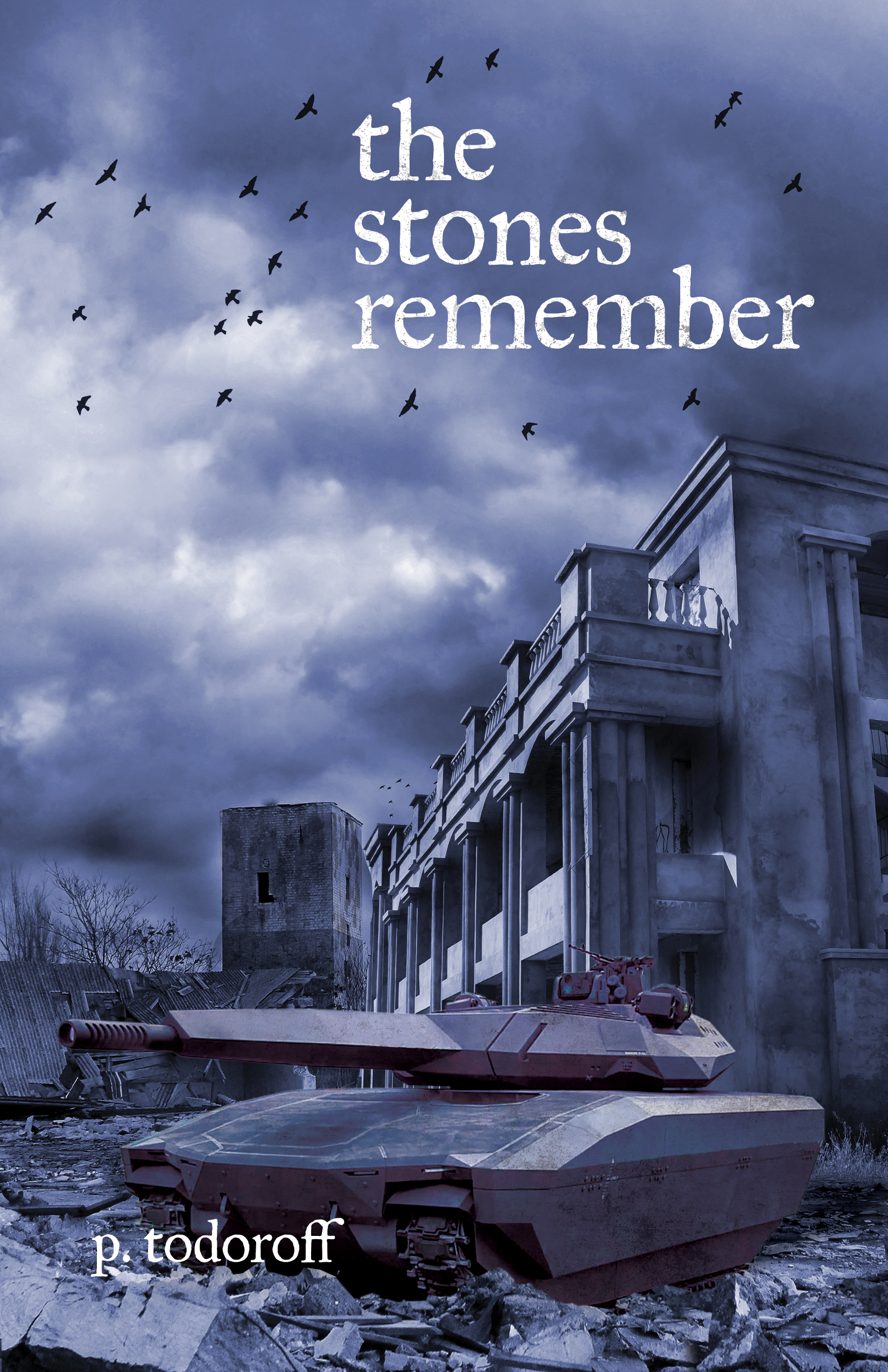 Another ‘Near-Future’ short, The Stones Remember is about NATO units caught up in a massive Russian invasion of Poland and the Baltics. Exhausted, out-gunned, and out numbered, they find themselves at the site of an old battlefield and have to decide if some history is worth repeating.

Available in electronic format right now, it’s a quick, cheap read. (less than a cup of coffee lasts longer) Thanks much. I’m hammering away at two full-length novel projects but wanted to get this out in the meantime. Hope you enjoy it.

Have a good day.

Starting now through the 19th. At Amazon HERE

Thank you and have a good weekend.