‘Bread and circuses’ was the policy employed by jaded Imperial Roman politicians to control and appease the great unwashed pleb masses. Now this isn’t a political post (although I certainly could run down that rabbit trail barking like a pack of rabid hounds) This being a writing blog, I’m going take a moment to ramble on about the storyteller’s dilemma of Substance versus Spectacle.

STAR WARS:   THE FORCE AWAKENS
After Christmas, I spent one of my rare annual visits to the Mall Multi-Plex on SW:TFA. My wife and I, along with several friends plunked down our $8.50 each, sunk into our seats and escaped for 2+ hours while munching on popcorn and smuggled-in Twizzlers. When the final credits rolled, my first reaction was relief: JJ didn’t botch it. He and his team made an epic Big Screen event and a solid homage to my childhood geek icon. Bravo.

Then why was there this nagging disappointment? For all the new characters, the old familiars, the cool vistas, the choreographed dogfights, the Death Planet explosion, I was ultimately underwhelmed. My one-sentence summation hit me on the drive home: “Another layer of frosting on a 39 year-old cake.” 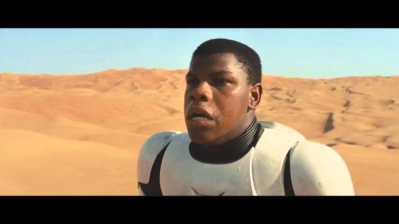 OK, so it’s not 1977 and I am a bit older than 13. What did I really expect? It’s “Star Wars” not “War and Peace”. Then I ran across this excellent LA TIMES article which brought it into focus: the old issue of Story versus Spectacle. Yes, SW:TFA was pretty, and shiny and frenetic, but plot-wise? A thin layer of Stupendously Predictable.

STORY OR SPECTACLE
That’s the storyteller’s dilemma, isn’t it? Story or Spectacle. My question is “Why do we have to choose?” Now maybe audiences have been complaining about this for centuries. “That Euripides is so shallow. All pageant and chorus. No depth at all – not like Aeschylus.” It just feels like the swap, the ‘bait-and-switch’, is far too common these days. Well, sizzle ain’t steak, no matter the era.

As an unrepentant geek, I’m referencing sci fi and fantasy here, but I think this friction applies across the board.

Take a moment and compare Peter Jackson’s The Hobbit trilogy with The Lord of the Rings. See? That’s my point. Not that The Hobbit wasn’t a great book with magical characters in the same incredible world. It just wasn’t THREE MOVIES worth of story. Which is why we ended up with Hunky Dwarves, an e-Harmony Dwarf/Elf match, an Albino Orc baddie, non-stop Disney-ride action sequences, and Sand Worms imported from Arrakis. Instead of one book per movie, we got one novella spread over three movies. So, Sir PJ had to spackle something in all those gaps. He had seven + cinema hours to fill.

What about Avatar? – where James Cameron grabbed every sci fi trope that couldn’t run fast enough and blended them into a sweet frothy frappe of a plot he could hang $600 million worth of CGI on. Contrast it with District 9. (Which stands as one of my all-time favorite SF films) Positively Everything about D9 is more interesting than Avatar, from the characters to the camera work. It has an actual story arc and character development.

No, Mr. Blomkamp didn’t hit the same heights with Elysium or Chappie, but it’s obvious he’s trying. I’ve said it before and I’ll say it again: if I had to choose, I’d rather be known for D9 than Avatar, a.k.a. the most forgettable mega-blockbuster in history. (Four out of five Otaku Experts agree it left virtually NO cultural footprint) And don’t even get me started on Pacific Rim or the recent Godzilla letdown.

SyFy’s latest attempt to recapture the BGS phenomena comes from two of George RR Martin’s staff writers who are cranking out a series of SF novels each heavy enough to stun a horse. Kudos to them – they’re making a good living.

I heeded the hype and tried, but gave up when neo-Chandler detective met the Space Zombies. The whole affair hit me as McDonalds space opera: quick, assembly-line, SF calories. Filling in a way, made for rapid consumption from obviously reconstituted ingredients, but definitely not taking digestion in mind.

Thing is though, to fill out all those pages Daniel Abraham and Ty Franck needed to think in longer than 42 minute increments, conjure up better than cardboard character types, twine more than two plot threads for their solar system-sized setting, then add a dash of political/social machinations – which is why the show works as good SF television. There is more STORY there than the bog-standard SyFy serial. (Sharknado 4, anyone?) I won’t buy another Expanse book, but I’ll be spending one lunch break per week to catch up on the latest episode.

A QUESTION OF MEDIUM?
“Don’t be daft, Paddy me boy. TV ain’t books.” Aye, I get that. They work different ways on different levels. Fine. But aren’t both vehicles for STORY? And isn’t STORY what we crave? Sure, we oooh and aaah at sweeping vistas, alien landscapes, and epic battles, but we want rich characters, believable story arcs, genuine character development, credible conflict, setback and climax. We want legitimate struggles rather than contrived ones. Faulkner’s ‘heart in conflict with itself’. Give us heart-breaking defeats and breath-taking triumphs – the bones and body, not the make-up. I think that’s why even in shallow fare like Star Wars, Darth Vader is more compelling than Luke Skywalker, and why Smeagol/Gollum is one of the most memorable characters in all Middle Earth.

NAMING THE WIND OR PASSING THE WIND?
I’ve heard that Pat Rothfuss’ Kingkiller Chronicles was optioned for film. (and video games and graphic novels, and possible TV spin-offs, and clothes, and…) The spec-fiction genre fan in me is very excited. Good on ya, Mr. Rothfuss. Excellent choice, Hollywood.I hope they do them justice. 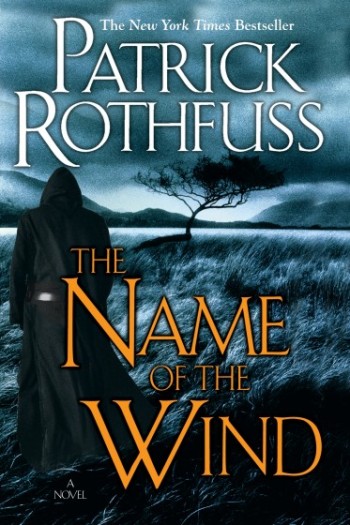 I’m afraid though – terribly afraid, given recent events- that Mr. Rothfuss’ marvelous books with get reduced to green screen fantasy flatulence that happens to have a rocking medieval boy-toy musician, hashtag ‘Kvothe’. Which would bum me right the hell out. Like near-suicidal. It would be like watching a cow get turned into bouillon cubes. Or a Eucalyptus tree into bubble gum. (For the love of all that’s holy, Pat. Don’t let ’em do it!)

FIVE FLAMING TORCHES ON THE WRITER’S ROLLA-BOLLA OF DEATH

Juggling – that’s the challenge. At least, that’s what I think good story-telling is: a deliberate whirl of characters, plot, prose, entertainment and substance. Not that I have an MFA in Creative Writing or that I’ve hit the 10,000 hour/Million Word “Expert” mark. Honestly, I’m figuring this out as I go – sort of an ‘Earn as I Learn’ thing. Working on my next novel, I’m painfully reminded any genuine mastery is going to take far more discipline than inspiration.

However, those are the five elements that coalesce in the stories that move me. Books with that mysterious alloy survive the annual cull year after year and they are the ones I buy multiple copies of to give away to friends and family.Those are the kind of stories I want to write.

No, I haven’t mastered this yet. Not even close. But I’m going to keep at it because in terms of my writing, at the end of my life, those are the kind of stories I want to be remembered for. I don’t think for a second it’ll be easy, but I do believe in my marrow it’s on the shortlist of things that are truly worth it.

Have a good day. Thanks for reading.

Preachers often rail against the lure and message of Hollywood and there’s something to be said there in certain instances. But Life and the world being what they are, is it any wonder people seek escapism?

In my experience, ministers called to declare ‘the greatest story ever told’ often fail to make it captivating, fail to engage the audience. Can you really fault them when the wonder of an Almighty God, His everlasting kingdom, the mystery and promise of redemption, get replaced by insipid platitudes or petty indignations? If those are the proposed alternatives, is it any wonder people prefer to spend time with Tolkien’s Bilbo rather than their Jesus?

Don’t blame Hollywood – they are who they are, doing their job. Nature abhors a vacuum – sometimes the empty seats are on you, reverend.